Day three of the FIFAe Nations Cup 2022™ presented by EA SPORTS™ has come to a close at the Bella Arena in Copenhagen, Denmark. The final four nations competing for glory on the biggest stage of all in front of a packed room of FIFAe fans have been revealed!

With the arena set-up changing from the Knockout stage, fans were closer to the action than before, with the electric international atmosphere playing a huge role in the performances of the competitors.

At the end of the competition day, we have found the nations that will compete for ultimate glory on the final day – 30 July – of the FIFAe Nations Cup 2022: Italy , Brazil , Sweden , and Poland .

View the Knockout stage bracket so far on FIFA.GG .

The first round-of-16 matches between Denmark and Israel & Argentina and Canada provided a taste for the tension that was yet to come in the room, but it was the home nation who progressed with the wonderful rotation between all three players continuing to pay off. Argentina went behind in leg one against Canada but turned over a one goal deficit in leg two to maintain their unbeaten tournament run and join the host nation in progressing.

The next round came between Portugal and England & Brazil and Spain . Spain could not replicate their Group stage form against the inconsistent Brazil, falling to the South Americans 2-1. England took an early lead in leg two against Portugal, but Tuga810 and Diogo fought back from behind to win in the last moments and progress to the quarter-finals.

Also progressing to the next round of play through the day was Italy , who knocked off Germany convincingly with a surprising 5-0 scoreline, and Sweden , who put away the Netherlands rather comfortably, controlling both legs. The last two nations to join the final eight in the quarter-finals stage were Poland and France , sending home the UAE and Mexico . 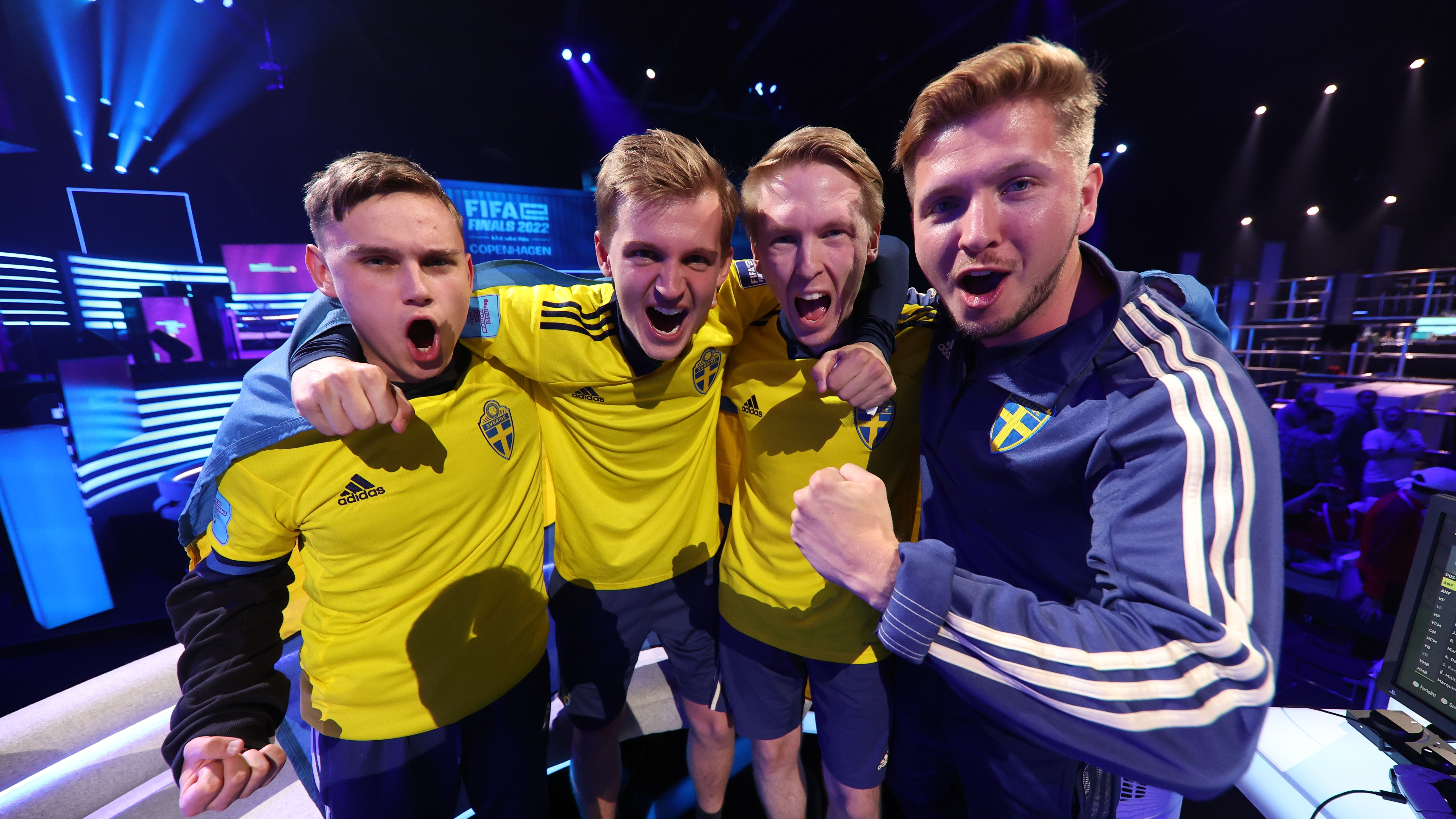 The first quarter-final took place between the home nation Denmark and a resurgent Italy side. Italy took the lead within 5 in-game minutes, but Denmark hit back with a long-range effort to tie the first leg at one apiece. Leg two’s momentum early started with the home side, but Italy grew into the game to score a chance off a Denmark mistake. Denmark would make a substitution ending in a deflected goal to force extra-time, but eventually Italy would prevail to knock out the home sweethearts in front of a packed room of disappointed fans.

Brazil vs France brought us free-flowing attacking football, and Brazil would take an early lead in leg one – France would hit back to equalise, but in the second leg the Brazilians would work together to create a goal to go ahead and hold on to eliminate the current holding FIFAe Nations Champions.

In our penultimate quarter-final, Sweden and Argentina faced off with their sights on a spot in the semi-finals on their mind. A quiet leg one and two with little chances left us goalless at the end of full-time, but Argentina would turn on their South American teamwork and flair in extra-time to secure their spot in tomorrow’s play and join their neighbours Brazil in the final four.

The last quarter-final matchup was a corker between Portugal and Poland, as both teams went head-to-head on attacking football and scoring goals to delight the audience – but it was Poland who prevailed with a green-timed curler from outside the box to upset the Portuguese crowd and seal the last spot in tomorrow’s match-ups.

Make sure to view all the results so far on day one and continue to watch all the live matches as the tournament progresses and heats up on the hub of FIFAe. – FIFA.GG .